With the 31 March deadline for the 2019 Mary Mulvihill Award approaching, we discussed with the winner of the inaugural award, Irene Fogarty, how she approached her winning entry, and found inspiration in long-form journalism.

Mary Mulvihill was a champion for the many Irish women who were written out of the history of science in Ireland and a committed campaigner for gender equality in contemporary science. In recognition of that aspect of her legacy, the first Mary Mulvihill Award invited contributions on the role of women in science. 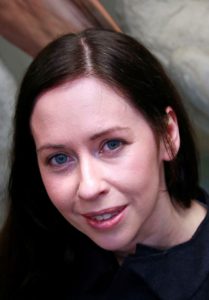 Irene Fogarty’s outstanding entry explored that theme by highlighting another form of neglect, one which operates on two levels. Science has long marginalised indigenous peoples and their cultures. “Science itself is basically subjective and tends to be skewed towards western perceptions of value,” says Fogarty. Even if there is, in some quarters at least, a growing awareness of the rights of indigenous peoples and of the value of indigenous knowledge, women’s contributions to it can also be overlooked. “There tends to be a bias in research toward looking at the male perspective in indigenous knowledge,” says Fogarty.

Her award-winning piece, Indigenous Women & Science Knowledge, asserts the validity and importance of indigenous women’s experience in understanding the varied effects of climate change in different regions and in helping to build ecological resilience to lessen its impact. Their knowledge, she argues, is “complementary, instructive and vital to scientific research” on climate change.

A student on University College Dublin’s masters programme in World Heritage Management & Conservation, Fogarty brought a fresh and invigorating perspective to the theme chosen for the 2017 award. The quality of her work was subsequently recognised by the American Association for the Advancement of Science (AAAS), which awarded Fogarty first prize in the graduate student category of the 2018 AAAS Science & Human Rights Coalition essay competition.

Her winning entry, Protected Areas Conservation, Indigenous Peoples and Human Rights, was on a related theme. It examined the exclusion of indigenous peoples from international conservation policy and practice—even though 80 percent of the earth’s biological diversity is now located in the 5 percent of the globe that is inhabited by indigenous peoples, a situation that underlines their superior stewardship of the earth’s natural resources. “They’re good stewards of nature, because they’re completely embedded in it,” Fogarty says. Her prize included a trip to Washington D.C. to attend the AAAS Science & Human Rights Coalition conference.

Fogarty recently shared her experiences with prospective entrants during a seminar hosted by Trinity College Dublin. Finding a “voice” or a writing style was, she says, a key challenge in developing her entry for the Mary Mulvihill Award, as she opted for a non-academic, journalistic approach. She found inspiration from long-form pieces published in The New Yorker, such as Kathryn Schulz’s Pulitzer-prize-winning article on the overlooked risk of a major earthquake in the US Pacific Northwest, The Really Big One, and The Reckoning, an Andrew Solomon piece on the attempt of the father of the Sandy Hook killer to come to terms with his son’s actions.

The theme for the 2019 Mary Mulvihill Award is ‘science for the love of it’, which encourages entries that explore the personal feelings scientists may have for their discipline, be it the abstract ideas they consider or the actual objects of their research—whether they’re bogs, bugs or galaxies. Entries can be in the form of an article, essay, radio programme, video, blog posts, or similar. Entrants are entitled to submit multiple entries if they wish.

The closing date is for receipt of entries for the 2019 Mary Mulvihill Award is Midnight on Sunday, 31 March.