“Mary’s professional archive is held in Dublin City University where it is available for students to access.  This includes her technical library and notes for her book “Ingenious Ireland”.

Dublin City University (DCU) has announced that Mary Mulvihill, the acclaimed author, broadcaster and science writer, is to be honoured with a posthumous DCU Alumni Award for Outstanding Achievement in the area of Societal Impact.

The announcement comes as this week marks the fifth anniversary of Mary’s death. The special award will be presented to her family at DCU’s annual Alumni Awards Ceremony, which will be held in the coming weeks and will be online this year due to the coronavirus.

The ceremony will also mark DCU’s 40th anniversary. Mary, a graduate of DCU’s School of Communications, was a well known advocate for increasing greater female participation in Science, Technology, Engineering and Mathematics (STEM).

In 1990, she was the founder and first chairperson of the advocacy group, Women in Technology and Science (WITS).

Through her journalism for RTÉ and The Irish Times and through her writing, Mary demonstrated her passion for communicating the importance of science. Her publications such as the popular science book Ingenious Ireland helped to build society’s understanding and appreciation of STEM-related matters. Mary’s family recently made the decision to donate her papers to DCU.

The papers are preserved by DCU Library as part of its Media History Collection, along with other significant figures in Irish journalism such as Mary Raftery and Douglas Gageby.

The collection focuses on Mary’s painstaking research into the first edition of Ingenious Ireland, with comprehensive digitised and print background materials, and a collection of around 200 specialised books on science and natural history in Ireland.

Next week, DCU will announce its full list of the 2020 DCU Alumni Awards recipients. The University will present six Alumni Awards for Outstanding Achievement together with eleven recognition awards nominated from DCU’s five Faculties. 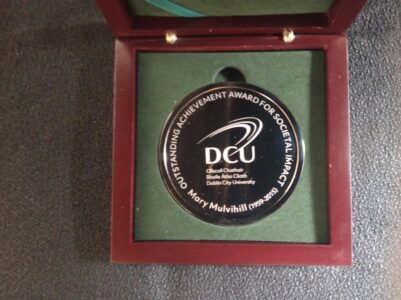 “Mary Mulvihill is a truly deserving recipient of this Outstanding Achievement award. DCU was always proud that Mary was one of our alumnae.

She was an exceptionally gifted writer, broadcaster and journalist who used her talents to communicate the importance of science to a wide audience in Ireland and further afield.

Her impact also continues to be felt in terms of her advocacy for greater female participation in STEM. We are delighted that her family have agreed to accept this award in her honour.” 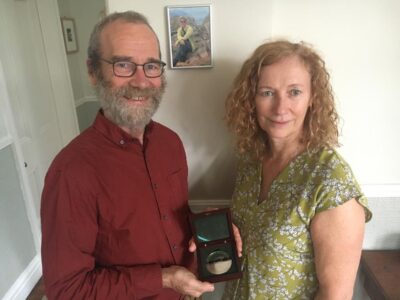 Her Keys to the City

In June 2022, former Dublin Lord Mayor, Alison Gilliland, and Examiner journalist Clodagh Finn launched their book. Her Keys to the City: Honouring the Women who made Dublin, which includes a profile of Mary Mulvihill. The publisher is Four Courts Press who reprinted Ingenious Ireland, writes: “Just four women were among the 82 people given the Freedom of the City of Dublin since the award was inaugurated in 1876 to June 2022. Both authors wanted, in some way, to address this very obvious gender imbalance and to showcase a variety of the very many accomplished women who lived before us. Collectively, these women were central to major social and political changes in our country’s history, excelled across diverse disciplines and realised major achievements in many different fields. Each left you with an important legacy and were influential role models. You may be familiar with some of the names but others are not well known outside their immediate circle. You’ll meet some very interesting women as you read through this book – a book that gives them all the keys of acknowledgment to our city.”

Further recognition of Mary’s contribution to science and women in science comes from Bearing Point in Dublin: the company recently opened its Mulvihill Meeting Room. The firm’s director of business consulting, Claudia Carr, who was inspired by Mary’s legacy, was the force behind this initiative. 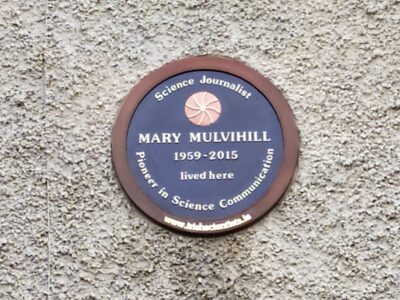