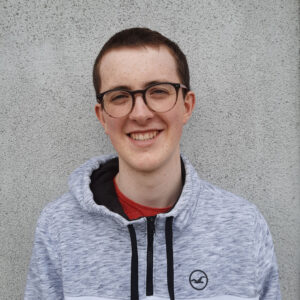 DUBLIN, 20 May 2020—NUI Galway student James Hayes is the 2020 winner of the Mary Mulvihill Award, the science media competition for third-level students that commemorates the legacy of science journalist and author Mary Mulvihill (1959–2015).

To mark the book’s republication, this year’s competition invited entries on the theme of ‘Our scientific heritage’. It encouraged students to submit projects and works in text, audio, visual or mixed formats that explored places, artefacts, personalities, and issues—such as public awareness or conservation—relating to Ireland’s scientific and industrial heritage.

Now in its fourth year, this year’s competition invited entries on the theme of ‘Our scientific heritage’. It encouraged students to submit projects and works in text, audio, visual or mixed formats that explored places, artefacts, personalities, and issues—such as public awareness or conservation—relating to Ireland’s scientific and industrial heritage.

Students from seven third-level institutions across the country submitted entries that covered a broad range of topics, including a history of the Dunsink Observatory, an environmental campaign to preserve Bantry Bay’s kelp forests, and biographical essays on diverse figures, including computing pioneer Kathleen McNulty and microscopist Mary Ward. 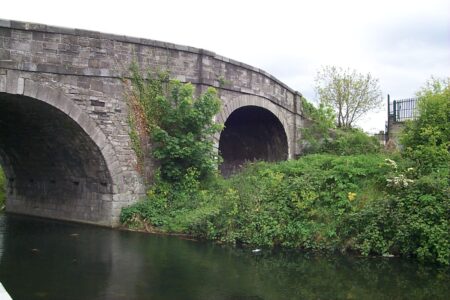 Hayes focuses on the “flash of genius” Hamilton experienced in October 1843 when he carved the equation that had just come to his mind into the stones of Broombridge on the Royal Canal near Cabra, in Dublin. This makes Ireland’s most famous mathematician “Cabra’s scientific Banksy” in the title of Hayes’s essay, and the bridge is designated as “the birthplace of modern algebra”.

Hamilton had been struggling with complex numbers in three dimensions, which could not be multiplied or divided. He realised he had to use four dimensions, hence the name, quaternions. James Hayes writes:

“Hamilton’s carvings represent the basic rules of multiplication for these quadruples. It was a discovery that sent reverberations throughout the mathematical world and whose implications and application survive to this day.” These applications are found in computer graphics and computer vision, including, for example, in self-driving cars.

“Mary’s family is delighted with the announcement. James Hayes’ winning essay echoes Mary’s passion for communicating Ireland’s scientific heritage and it is wonderful to see this fine tradition continuing. The subject of his essay connects nicely with her audio guide to the Royal Canal,” said Mary’s sister Nóirín Mulvihill, who is co-chair of the Mary Mulvihill Association.

TCD student Aoife Kearins’s highly commended entry, “Sir George Gabriel Stokes: How A Childhood at Ireland’s Coast Became A Wave Of Inspiration For Ireland’s Greatest Scientist”, is an illustrated biographical essay on Gabriel Stokes, who was Lucasian Professor of Mathematics at the University of Cambridge for over 50 years, and who made towering contributions to several fields, including fluid mechanics, viscosity and optics.

Kearins argues that a sense of place is as important for the development of scientists as it is for artists. She traces Stokes’s lifelong obsession with waves and the movement of fluids back to his childhood in Skreen, County Sligo, close to Dunmoran Strand and the Atlantic Ocean.

“The time he spent there was short, but its influence on him and his research was long-reaching, with his childhood activities of walking by and bathing in the sea being credited for first piquing Stokes’s interest in ocean waves, which he would go on to write papers about,” she writes.

Lynn Scarff, Director of the National Museum of Ireland, writes:

On 20 May I should have been meeting two young writers to commend them on their work and achievements and present to them their prizes in the Mary Mulvihill Award 2020. But a global pandemic has put a halt to that. Instead, I got to spend some time with William Rowan Hamilton and George Gabriel Stokes.

It’s not every day that you read a piece of writing that unites Hamilton, Banksy and Alice in Wonderland. Good communicators have a rare gift of fashioning a narrative that hooks our interest and draws us in, imparting information lightly and leaving us eager for more.

James Hayes and Aoife Kearins, the winner and highly commended entrant of the 2020 Mary Mulvihill Award, share the attribute of connecting the everyday like graffiti and ocean waves with scientific fact to create a compelling narrative that will hook any curious mind.

They demonstrate the gifts of great communicators like Mary Mulvihill who understood implicitly that the best writing – no matter what the subject – needs to connect with our daily lived experiences. In doing so, they reach out to the curious in all of us, not dumbing down or over-complicating, just focusing on telling a great and compelling story.

I’d like to congratulate them on their achievements and wish them every success in their future endeavours.

The usual presentation of the awards at an event in Dublin cannot take place, due to the Covid-19 pandemic. 2020 marked the first year that the winner of the Mary Mulvihill Award was also invited to attend the Robert Boyle Summer School in Waterford and Lismore, although this event has been postponed for the same reason.

For further information on the award and on past winners see: https://marymulvihillaward.ie.

The judges for the Mary Mulvihill Award 2020 were:

A native of Knockcroghery, County Roscommon, and a past pupil of Roscommon CBS, James Hayes is a first-year student of Mathematical Science at NUI Galway. At seventeen, he is the youngest winner of the Mary Mulvihill Award. In addition, he is the first male winner of the award and also the first winner to come from a college outside of Dublin.

Aoife Kearins has just completed third year in TCD’s BA (Mod.) in Mathematics programme. She was also opinion editor of the college newspaper The University Times during the past year. She is, like Gabriel Stokes, a native of Skreen, County Sligo, and has a great affinity for his work and his legacy. She attended the Stokes200 conference at the University of Cambridge in September 2019, which marked the bicentenary of his birth, and contributed a talk on his early life and its impact on his research.

The Mary Mulvihill Award is a project of Remembering Mary, an initiative established by the family and friends of the late Mary Mulvihill (1959–2015) to honour her memory and her work in science journalism, science communication and heritage and to promote her legacy. It administers and awards funds to support work that commemorates her work and its significance.