DUBLIN, 27 May 2021—DCU student Eoin Murphy is the 2021 winner of the €2000 Mary Mulvihill Award, the science media competition for third-level students that commemorates the legacy of science journalist and author Mary Mulvihill (1959–2015).

Eoin, a student on DCU’s M.Sc. in Science and Health Communication programme, won the top prize for an urgent and moving audio documentary, ‘Black Market Oxygen – The Peru Project’, which examined the contrasting experiences of Ireland and Peru during the Covid-19 pandemic. The piece was inspired by a photograph in The Guardian showing a stand-off between hundreds of impoverished and desperate families attempting to leave Peru’s capital, Lima, on foot to return to their home villages, and riot police, who blocked their path in an effort to curb the spread of the coronavirus. 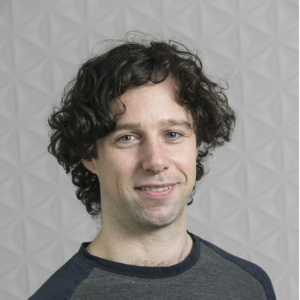 The documentary, which Eoin wrote and narrated, is a stark reminder that old age and underlying conditions are not the only factors that exacerbate vulnerabilities to Covid-19. “The incredible speed of innovation, which the scientific community has demonstrated since the beginning of 2020, will only be truly realised in years to come,” Eoin notes. “But what is already clear to see is that the inequality which exists around the world means that the poorest nations are being left behind in their battle to combat the spread of Covid-19.”

Matthew Thomas, who is graduating this summer from TCD’s B.A. in Molecular Medicine programme, received the judges’ €500 highly commended award for an essay entitled ‘Compromised: Lessons learned from the AIDS epidemic’. This traced the story of that earlier epidemic from the first cases of unusual infections and cancers in gay men to the desperate search to identify the causative agent and develop effective drug therapies against it. 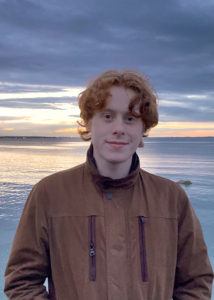 Thomas also describes the moving cultural and community responses to the tragic loss of so many young lives, notably the vast AIDS Memorial Quilt, in which the bereaved memorialized their loved ones by creating individual panels in their honour. He also draws parallels between AIDS and Covid-19 in terms of the denialism and prejudice that have emerged, fuelled by populist politicians and media. “Conspiracy theories proliferate in times of fear and uncertainty. With the rise of social media, they can spread faster, and to more people, than they could before,” he writes.

Now in its fifth year, the competition invited entries this year on the theme of ‘Virus’. Entrants were encouraged to consider the concept in its broadest sense – not only in terms of infectious agents, such as SARS-CoV-2, which has come to dominate our lives – but also in terms of computer viruses and other metaphorical uses, notably the media phenomenon of ‘going viral’.

The diverse entries included considerations of different aspects of virology, such as human endogenous retroviral sequences, which play essential roles in human biology, and bacteriophages, the viruses that attack bacteria, which have therapeutic potential as next-generation antibiotics, also an analysis of the ‘infodemic’ that has accompanied the present pandemic, and another on the difficulty faced by asylum-seekers in direct provision trying to maintain social distance in over-crowded accommodation.

The formats employed were equally diverse. They included an illustrated children’s book on viruses rendered in verse, a dedicated website on HIV with an embedded podcast, and a sampler for a graphic novel, as well as entries in various other text, audio and video formats. Students from nine third-level colleges across Ireland submitted entries.

“The judges were greatly impressed with the volume and variety of this year’s entries,” said Anne Mulvihill, a sister of Mary’s and a member of the judging panel from the inception of the competition. “Eoin Murphy’s excellent audio piece was a unanimous winner and, given that Mary did a lot of audio work, it’s additionally fitting that the piece is in this medium. There was also consensus amongst the judges on giving the highly commended award to Matthew Thomas’s strong essay. We congratulate both winners and send our thanks and appreciation to all the entrants who took part in this year’s competition.”

The judges for the Mary Mulvihill Award 2021 were:

A native of Ennis, County Clare, Eoin Murphy is a biochemist, a passionate science communicator and an educator. He currently combines his work as a part-time student on DCU’s M.Sc. in Science and Health Communication with his role as a teacher of biology, mathematics and general science in Ballinrobe Community School, in Ballinrobe, County Galway. Murphy is a former Hardiman and Irish Research Council scholar and was until recently on an academic track. He has a first class honours degree in biotechnology from NUI Galway and has completed two research M.Sc. degrees, in cancer and the genetics of Huntington’s disease, but has found himself increasingly drawn to science communication and education. He has taught in England and Canada, as well as in Ireland. He is currently collaborating with the British Council on a pilot science communication programme for transition year students. He also co-presents an Instagram TV show, @2baddadstalkscience, and has contributed articles to headstuff.org, Siliconrepublic.com, RTE Brainstorm and the British Council’s Voices magazine.

Dubliner Matthew Thomas is graduating this summer from TCD’s B.A. in Molecular Medicine programme and aims to continue his education by studying medicine. Eventually, he hopes to combine the two by training as a physician scientist. As part of his degree, he completed a research project on targeted therapies for lung cancer under the supervision of Dr. Kathy Gately, of TCD’s Trinity Translational Medicine Institute. He is currently in the process of establishing a new evidence-based podcast on science, which will examine a range of topics and include relevant historical perspectives. Among Matthew’s many scientific inspirations are the Austrian-Swedish physicist Lise Meitner, the great genius of evolution, Charles Darwin, the beloved science communicator David Attenborough and Tal Danino, of Columbia University, whose lab is working on programming bacteria to combat cancer.

The Mary Mulvihill Award is a project of The Mary Mulvihill Association, an initiative established by the family and friends of the late Mary Mulvihill (1959–2015) to honour her memory and her work in science journalism, science communication and heritage, and to promote her legacy. It administers and awards funds to support projects that commemorate her work and its significance.