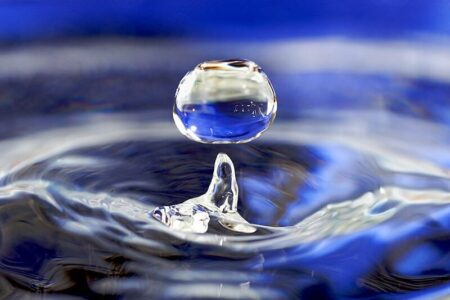 The Mary Mulvihill Association invites submissions to its 2022 student media competition on the theme of Water. Entries are sought from students of all disciplines – undergraduate or postgraduate – studying at third-level institutions anywhere on the island of Ireland.

The topic of water may be addressed in scientific, environmental, imaginative or other terms. Entries are welcome in many – and mixed – media formats. As examples for guidance, written texts may be essays, memoirs or other narratives. Photos, infographics, comic strips or other visual forms may be used as illustration, or as the main content. Interviews may be presented in written, video or audio forms.

What makes a relatively simple arrangement of two hydrogen atoms and one oxygen atom – H2O – so extraordinarily important to our bodies and our planet?

“Water, water everywhere but not a drop to drink”, goes the poem. The tension between the bountiful availability of water and the challenges of managing this resource is an inescapable aspect of the competition theme. Our bodies are 60% water. The Earth’s surface is 70% water. But billions are deprived of accessible, clean supplies. Millions of kilometres are walked daily around the world to get water.

We need water, we are threatened by it, we delight in it, and, increasingly, we are required to take greater care in how we use it. New technologies are being developed to clean, reuse and desalinate water, and to reduce water usage through product design. But personal consumption also has to be managed in many parts of the world.

Water is the focus of international, environmental and political conflicts. Bottled and branded, it becomes a style choice. The prospect of water on Mars motivates space exploration.

In Ireland, we are “surrounded by water”. We have strong traditions of healing and holy water. From the joy of flickering light off the sea, to the excitement of bathing in open water, to tragedies among fishing communities, to anger over failures in water supply, water is associated with the full range of emotions and experiences.

We encourage students thinking of entering this competition to approach the theme as almost endless; there are no prescriptions on how it might be approached.

The theme of the award changes every year, reflecting Mary Mulvihill’s broad interests in science and its interrelationships with other aspects of human culture and the natural world. That breadth also applies to how competition participants could address the theme.

This year’s theme was selected following a Twitter poll, which attracted over one thousand votes. Members of the public were invited to choose between four themes. Almost 40% of the respondents opted for Water.

The award is open to undergraduate and postgraduate students enrolled in a Higher Education institution on the island of Ireland at the time of submission. In addition to the overall award of €2,000, the judges may, at their discretion, make an additional award of €500 for a highly commended entry.

For further information on the award, including guidance to entrants and past winners, see https://marymulvihillaward.ie. The deadline for submissions is midnight Friday 29 April 2022.

The Mary Mulvihill Award is a project of Remembering Mary, an initiative established by family and friends of the late Mary Mulvihill (1959–2015) to honour her memory and her work in science journalism, science communication and heritage and to promote her legacy. It administers and awards funds to commemorate her work and its significance.